a mountain of rugged beauty and grandeur 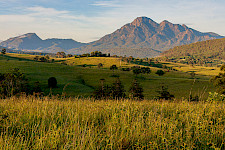 Mt Barney from a distance

Mount Barney is an imposing sight with its rugged slopes and multiple peaks. No wonder it has carried special significance for people through thousands of years. Local Aboriginal peoples have stories to explain their connection to this ancient land based around Mount Barney and surrounding peaks.

Although it is only a two hour drive from Brisbane to the base of the mountain, it does seem like a world apart.

In August 1828 the first Europeans to climb the mountain were Captain Patrick Logan, commander of the Brisbane settlement, and botanists Alan Cunningham and Charles Fraser. Only Logan made it to the summit. It is a challenging hike.

I moved to South East Queensland in 2006, and within the first month had fallen in love with the Mt Barney region. What's not to love - World Heritage listed wilderness, Queensland's second tallest mountain, beautiful creeks, walking tracks for all fitness levels, dark skies for star photography and welcoming locals.

In June 2010 I joined a group of friends to climb the mountain. Being the middle of winter it took us all day to ascend, have lunch at the summit, and return to the carpark.
The image above is a panorama I took from the top. The view is spectacular!

I'm not sure if is the rugged terrain, sheer height, extensive wilderness, changeable weather or the remoteness, but two things are surprisingly common at Mount Barney: lost bushwalkers and fires.

It is probably a combination of the factors that causes people to get lost. Sometimes the lost bushwalker will light a signal fire to help rescuers locate them during the night. 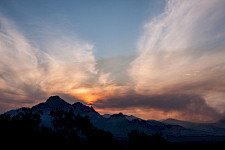 another fire on Mt Barney
September 2019

At sunset the smoke adds another level of depth to the colours. Depending on the time of year, and viewing location, the sun sets behind different parts of the mountain.

Below are two images from my portfolio taken during one of the lost bushwalker-induced fires.

Because of its distance from Brisbane and the Gold Coast Mt Barney lies under relatively dark skies. To the west Boonah and Warwick are the biggest sources of light pollution, yet they are minor compared to looking east. Over the years I have enjoyed quiet evenings and nights near the mountain, and have captured a few different night scenes.

One of my favourites was the full lunar eclipse just before the moon set behind Mt Barney. During the winter months the Milky Way also sets behind the mountain. This is especially spectacular from Yellow Pinch.

Add in a fire which, during the night, flared up behind me on Mt Gillies and lit up the face of Mt Barney. 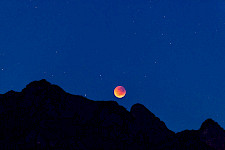 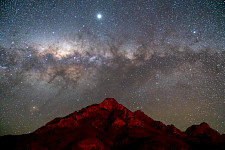 Here are a few more images I have made over the last fifteen years.
I have plenty yet that I want to capture under the right conditions, and so will keep revisiting the area. 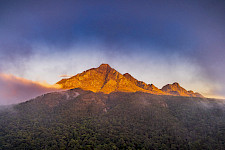 the colours of dawn
Mt Barney emerges from pre-dawn fog 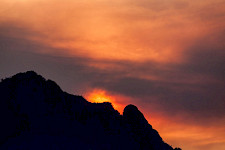 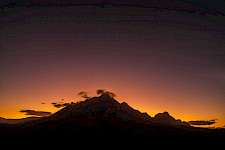 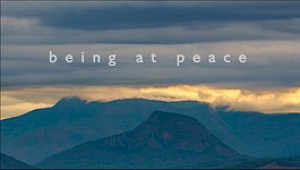 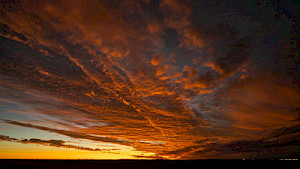 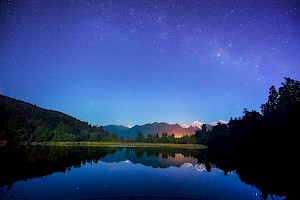